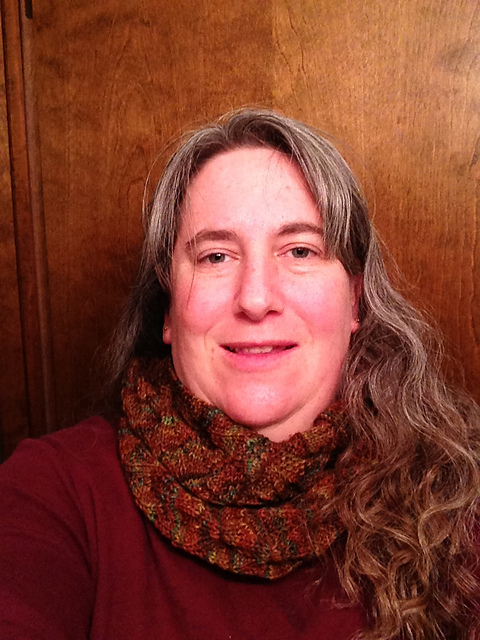 Although I’ve been knitting for several years now, it’s only really been in the last year or so that I’ve really become aware of the gorgeous array of natural fiber yarns that are out there. One of my favorite companies nowadays is Dream in Color – a yarn line carried by my LYS.

I first became aware of Dream in Color yarns when their Dream Club was highlighted in the weekly LYS newsletter. Basically every month from September 2012 through February 2013, Dream in Color dyed up a special colorway and paired it with a pattern designed specifically for that month’s club. Instead of working like most traditional yarn clubs, where individuals sign up and receive yarn shipments directly at home, this one is a bit different in that they send the club packages to the local yarn stores and you purchase them there.

I missed September’s yarn and pattern, but snagged October’s last fall. It was a gorgeous yarn with a mix of browns, golds and a hint of green – totally reminiscent of autumn leaf colors. The pattern was called Autumn Fern Mobius – a beautiful infinity style cowl/scarf that I was very excited to knit. 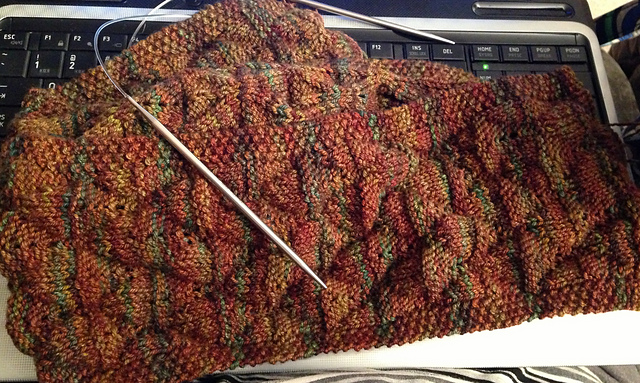 I did cast the project on in October, but due to holiday knitting – I didn’t finish until January. I love how it turned out though, and I’ve been wearing it often. I’m so not used to wearing actual wool – it’s almost been too warm to wear on many days unless the temperatures have been really frigid. 🙂

November’s yarn was a soft pink that I really liked, but the pattern was for a pair of opera (up to the elbow) length mitts (called Carmen) that I wasn’t sure I would like or not. I ended up actually using that skein of yarn (plus an extra I bought later) for my Enfolded Shawlette that I knit in January. 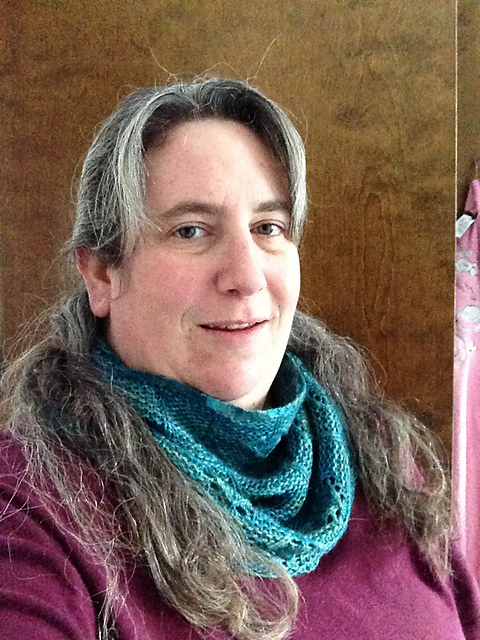 I went back and forth about the pattern that came with the gorgeous skein of December Dream Club yarn. Although I really liked the idea of the Seychelles shawl/cape, I just didn’t know if it’s something that I would ever wear. And the yarn was just too pretty to make something I wasn’t totally sure about. So I went searching on Ravelry for an alternative and came up with 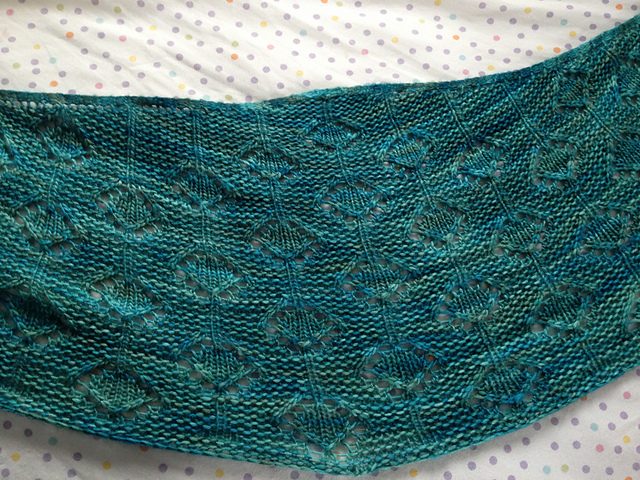 the Context pattern. It was a very quick and fun knit and it blocked out beautifully after I finished it. It fits perfectly as a scarf or shawlette.

January’s Dream Club was a win-win for me with both the yarn and the Ichigo Tam pattern. This is probably one of the most absolute gorgeous yarn colorways I’ve ever seen, and I’d been 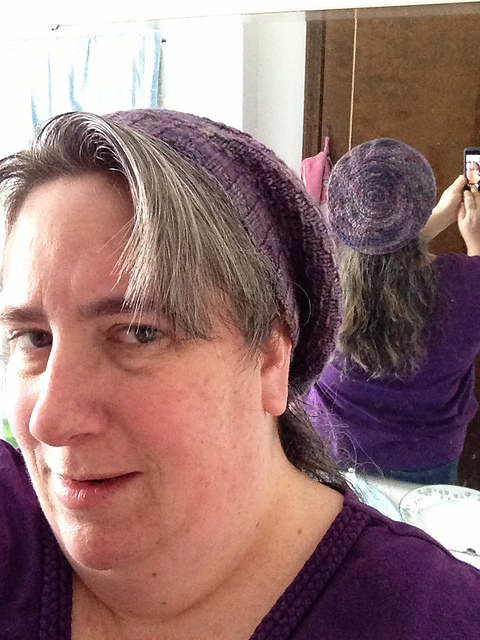 wanting a slouchy hat of some sort for myself since I didn’t already have a hat and I’m not a fan of the more tightly-fit ones. I had to wait a little while before casting the hat on though, since I didn’t own either of the needle sizes and lengths required. I cast-on the larger size of the pattern, for a 22” head circumference. But when I got about halfway through the pattern repeats – enough so I could try the brim on, I decided that while it did technically fit, my thick, bulky hair would probably pop the hat right off the top of my head. 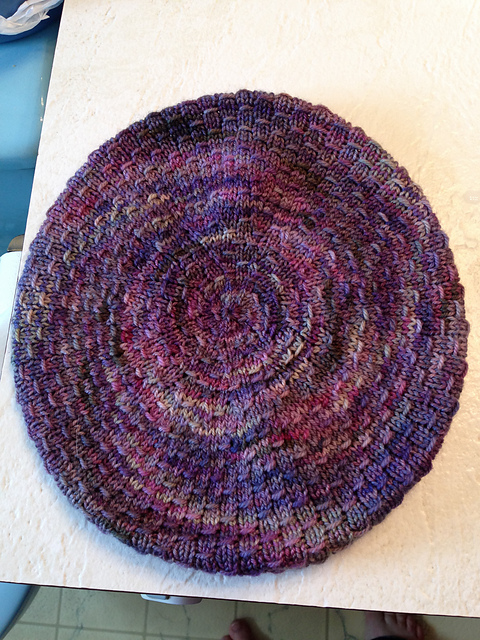 So I frogged the whole thing and started over, adding an extra 16 stitches. Oh that was painful! But the end result was well worth it since the hat fits perfectly and I absolutely love it. And I even have almost half the skein left, so I think I’ll find a pattern and knit myself a pair of mitts to match. 🙂

I haven’t purchased February’s Dream Club yarn/pattern (yet), mainly because my budget is tighter than it had been and I’m not totally in love with the yarn colorway, which is in shades of red. The pattern isn’t something I’d really wear either. I may pick it up later if my LYS has any left over – they have had leftovers of almost every other month so we’ll see. But overall it’s been so much fun to see what Dream in Color comes out with every month and I can’t wait to see if they do another round of the Dream Club this fall!

Error: (#803) Some of the aliases you requested do not exist: debmomof3girls
Type: OAuthException
Solution: See here for how to solve this error